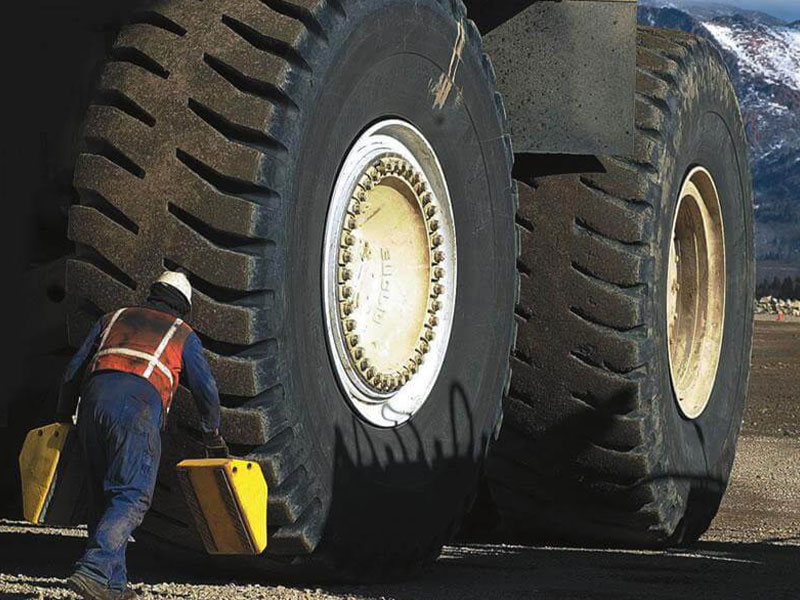 Wheel chocks safety is established by more than just OSHA, the US government’s main federal agency charged with the enforcement of safety administration. MSHA, the US Department of Labor Mine Safety and Health Administration, also has rules in place to help prevent accidents and fatalities from occurring on the job, specifically at above ground and below ground mines. Mining refers to both above ground and underground operations, as well as coal mines and metal/non-metal mines. The first mining regulations took place in 1891, when children under the age of 12 were prohibited from working the mines. The US government has certainly gotten much deeper with the mining standards in recent history to incorporate wheel chocks safety, as well as many other rules and regulations.

In 2010, MSHA introduced “Rules to Live By,” an outreach and enforcement program designed to strengthen efforts to prevent mining fatalities. 2009 marked the lowest number of deaths in mining history, yet in 2010, with a mining explosion that killed 29 at Upper Big Branch Mine in West Virginia, the numbers of fatalities almost doubled. The Rules to Live By spotlights the health and safety standards that are most frequently stated after a fatality investigation. Focused enforcement was another goal to be reached.

The Rules were derived from an analysis of the most common violations that caused fatalities, as well as the most common violations of safety standards and root causes associated with these deaths. Eleven coal and 13 metal/non-metal health standards were identified and were grouped into nine categories. Included in one category relative to wheel chocks safety is blocking against motion, with another related category as struck by mobile equipment, both requiring wheel chocks for the safety of individuals.

For the metal/non-metal mining, 30 CFR § 56.14207, titled “Parking procedures for unattended equipment,” states, “Mobile equipment shall not be left unattended unless the controls are placed in the park position and the parking brake, if provided, is set. When parked on a grade, the wheels or tracks of mobile equipment shall be either chocked or turned into a bank.” A similar, yet more extensive rule exists for Coal mining. Other standards include reference to safety belts, using equipment properly, power, warning signs and safety lines.

To see that wheel chocks are mentioned in a MSHA document aimed at protecting mine workers is a great responsibility, and it just emphasizes that sometimes it’s the little things that matter.

Sign up today to receive our latest news, special offers and much more.

Call us and get it done

When you hire us for construction services, you know you're getting highly qualified professionals who have the expertise and experience to make sure your project is done properly
and functions.
Get A Quote
© 2021 THE SAFETY CONSORTIUM